Executive Summary: The name Z-WASP references the zero-width space (&#8204;) that hackers added to the middle of a malicious URL within the RAW HTML of the email. With all these special characters breaking up the URL, Microsoft email processing didn't recognize the URL for what it was, so domain reputation checks and Safe Links didn't apply. Z-WASP emails flooded inboxes around November 10, when we detected the problem. And since these zero-width spaces don't render, the recipient couldn't see the random special characters in the URL. As of January 9, Microsoft remediated the problem.

In November, our security analysts uncovered a phishing method taking advantage of a vulnerability in Office 365 to bypass all of Microsoft's security. The vulnerability left all Office 365 users vulnerable, regardless of if they were using ATP or not. We saw this method of attack attempted on over 90% of Avanan's Office 365 customers.

The vulnerability was discovered when we noticed a large number of hackers using zero-width spaces (ZWSPs) to obfuscate links in phishing emails to Office 365, hiding the phishing URL from Office 365 Security and Office 365 ATP. This method bypassed both Office 365's URL reputation check and Safe Links URL protection that is part of ATP.

The attacks we observed taking advantage of the Z-WASP vulnerability were very simple in structure, but their potential impact (had we not blocked them) would have been extremely devastating.

What are Zero-Width Spaces (ZWSPs)?

ZWSPs can be thought of as "empty space" characters, or characters that render to spaces of zero-width. There are 5 ZWSP entities:

Un-rendered (in their raw HTML form), ZWSPs appear like a mishmash of numbers and special characters randomly inserted between the letters a word or a URL; rendered in the browser, however, they are formatted to be invisible, resulting in what appears to be a standard URL.

As detrimental as ZWSPs are in the context of this vulnerability, they actually take part in formatting the internet we see everyday. Some common uses for ZWSPs include:

In a Z-WASP phishing attack, the Zero-Width Non-Joiner (&#8204;) is added to the middle of a malicious URL within the RAW HTML of an email.

Microsoft email processing did not recognize this URL as a legitimate URL, and neither applied URL reputation checking nor converted it with Safe Links for post-click checking. The email was delivered to the intended recipient; but in their inbox, users did not see the ZWSPs in the URL. 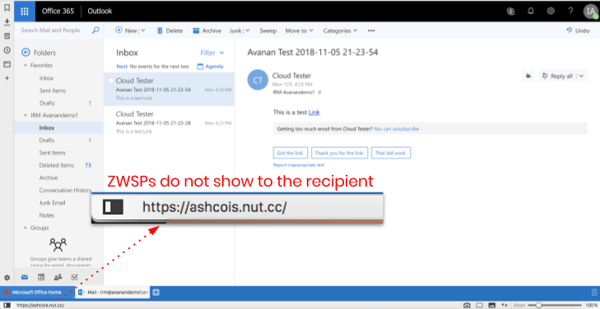 When the end-users clicked on the link in the email, they were taken to a credential harvesting phishing site. In the example below, Chase Bank was spoofed. 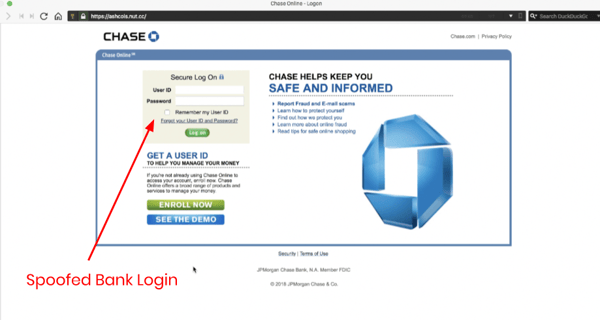 Hover over the URL below to see the difference between how Microsoft Security viewed the URL containing ZWSPs, and how the URL was presented to the recipient.

The Z-WASP attack is another chain in a list of exploits that are designed to obfuscate malicious content and confuse Office 365 security. Two similar exploits Avanan uncovered last year include the baseStriker and ZeroFont attacks .

In the baseStriker attack, the URL was split into two parts: the base and href tags. Microsoft only scanned the base tag, allowing the malicious part through.

The ZeroFont attack used text obfuscation vulnerabilities to bypass ATP by adding characters with font-size 0 to trick the natural language analysis of Office 365 while the user was presented with the text of the phishing email.

The Z-WASP attack gestures to these two predecessors, but ultimately surpassed them in its ingenuity and simplicity.

How Avanan Caught the Attack

Avanan's machine learning anti-phishing scans emails after Office 365 Security (EOP and ATP), but before they reach the end-user’s inbox. Designed specifically to add security to the default layers provided by Microsoft Office 365 and google’s Gmail, the machine-learning algorithm will flag text obfuscation methods in addition to over 300 indicators in every email to the the emails flagged as malicious and blocked. 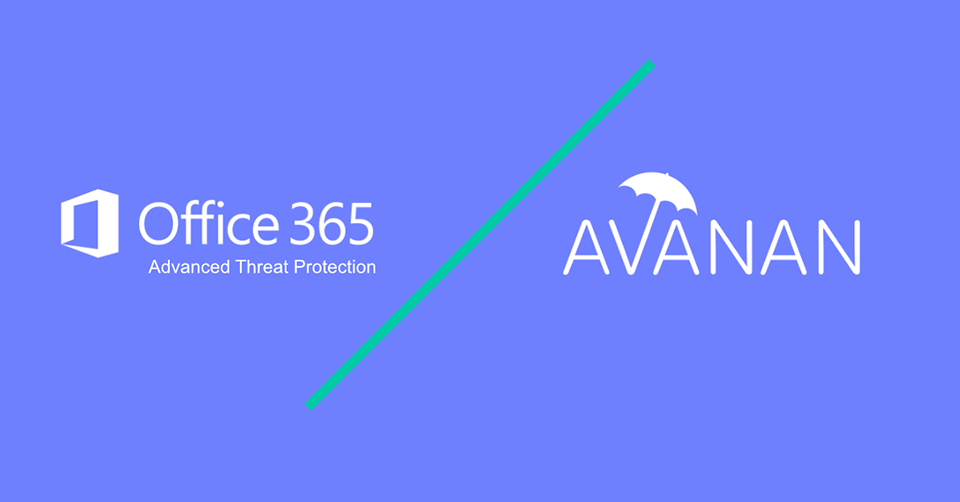