Calming the Seas: How a Biotech Research Firm Took Back Control With Avanan 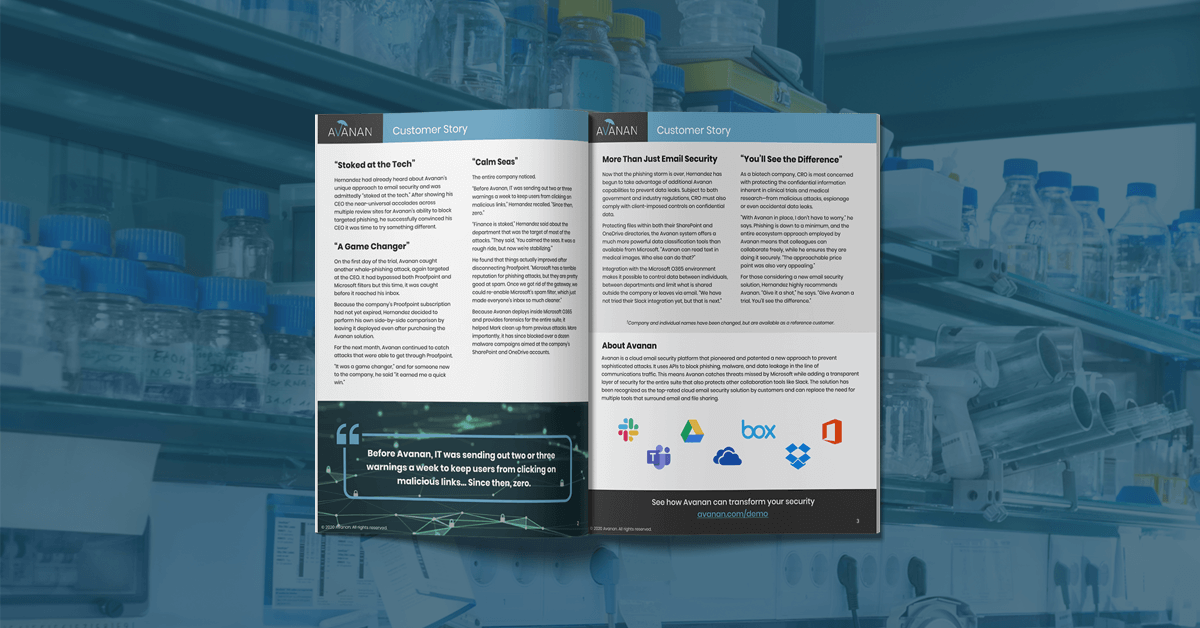 Imagine, for a moment, that this is your first day as an IT director: Your company had just been victimized by a whalephishing attack. Multiple credential harvesting emails were reaching user inboxes at least twice a week. Proofpoint, the current solution, wasn't working.

This was the challenge for Mark Hernandez in his first day with CRO.* What do you do? Start using Avanan. On day one of the trial, Avanan stopped another whalephishing attack directed at the CEO. It also stopped malware campaigns aimed at the company's SharePoint and OneDrive accounts.

"It was a game-changer," the IT Director told Avanan. And it earned him "a quick win."

SEGs like Proofpoint continue to prove their ineffectiveness in adapting to the cloud, and so we're seeing more and more customers switch to Avanan from companies like Mimecast, Proofpoint, Barracuda and Symantec.

When research centers around the world are being targeted by state actors, which we've written and described before, we thought we would share a case study from an organization that has beefed up its defenses using Avanan's powerful security tools.

*Company and individual names have been changed, but are available as a reference customer