At the beginning of the school year in September, we wrote about how there was a spate of ransomware and other cyberattacks targeting schools and universities. In the early days of both remote and in-person learning, institutions of all sizes were being hit, even forcing many to temporarily halt classes.

That trend never stopped as the school year progressed—it only accelerated. And now, the exact amount of attacks have been quantified. It's not pretty.

In a new report, Emsisoft found that there was a staggering 388% increase between Q2 and Q3 in 2020 in successful ransomware attacks against educational institutions. Nearly a third of these successful attacks involved data exfiltration.

The third quarter increase is keeping with a trend from 2019—it's when schools start up again, making them potentially more vulnerable.

It's been an incredibly difficult year for the education sector. Remote learning has happened on a scale never seen before; budgets have shrunk dramatically; and attacks have increased.

With tons of moving parts, general uncertainty due to COVID-19 and other network and IT challenges to facilitate remote learning at scale, it has made defending against fast-changing threats nearly impossible.

For hackers, that makes things enticing. Between a large student base, of all ages, that may be untrained in defending against phishing attacks,  plus access to a large set of personal data—the 2020 Verizon DBIR found that 75% of all information compromised in the education sector was personal–there's a lot for hackers to get excited about.

Which means it's time to double down on security. However, It can be incredibly difficult to make budget priorities in a changing landscape.

To help make sense of it all, we're having a webinar on December 10th at 1:00 PM ET, where we'll be discussing best practices for securing educational institutions against phishing and ransomware. 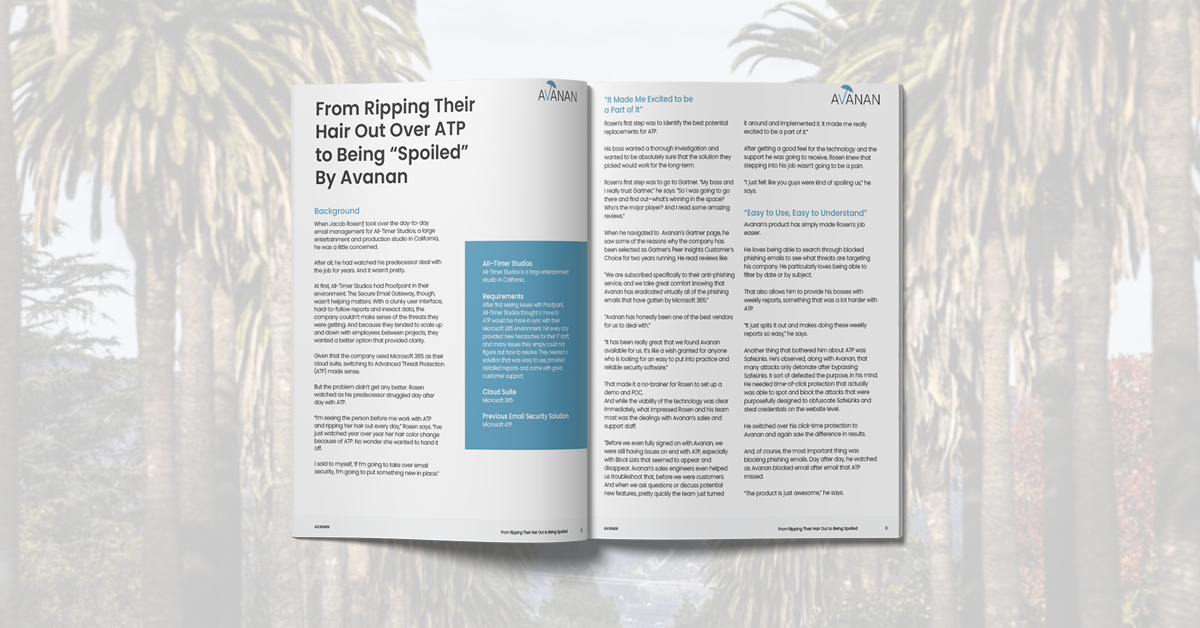 From ATP Frustration to Avanan Elation: How This Entertainment Company Found its Email Solution