Protecting Bethel School District from Phishing and Malware with Avanan 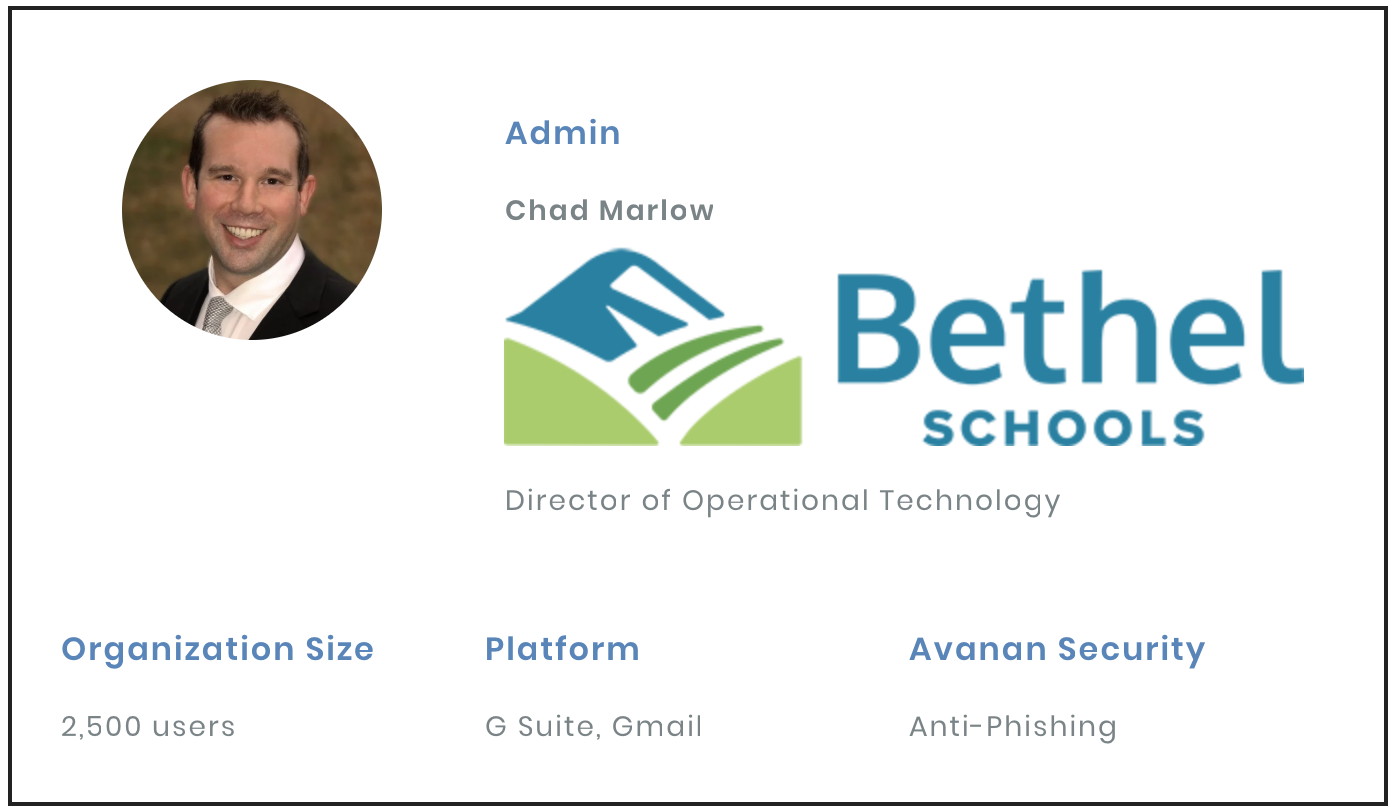 Within the span of a few months during summer 2017, two major phishing attacks on Washington state school districts resulted in the theft of $50,000 worth of computer equipment, and a breach of personally identifiable information from all finance department employees.

When nearby Bethel School District caught wind of the news, they realized that they needed a security solution that would proactively block targeted attacks of this nature.

The Bethel School District covers over 200 square miles in southeast Pierce County, with an enrollment of over 20,000 students. Committed to the educational and personal development of young people, Bethel School District prepares them for the challenges they’ll face as adults. According to their mission statement, a key part of that process is ensuring “students will have the skills and abilities needed to meet the challenges of an information society and to utilize its rapidly changing technologies.”

Putting these technological skills into practice, students and teachers in the district collaborate on projects and share files using Gmail and Google Drive. Facilitating the adoption of different systems, Chad is the director of operation of technology at Bethel Schools. He also oversees the information security of the entire district.

When phishing attacks were targeting Bethel Schools’ inboxes, Chad needed proactive security that — in his words — he could “set and forget with confidence.” Equally as important, he needed an anti-phishing algorithm that was tailored to the communication style of education users rather than corporate users (which is most often the case with email security).

"We really needed a better solution that could be preemptive and proactive to phishing and malware attacks, versus us going in on the backend trying to clean up after the fact."

In the first attack, the finance department at Olympia School District received a phishing email from someone posing as the superintendent, asking for the W-2s of all employees. Unaware that the message was fraudulent, the recipient complied and breached personal information. In another incident at Renton School District, a hacker spoofed a purchase order to steal $50,000 worth of computer equipment from the district office after it was delivered.

"I needed something that is easy to use, transparent to the user, proactive, preemptive, and has advanced learning techniques — where if there’s an outbreak in the area or other part of the country, the database updates so that we can prevent those attacks without having to do any kinds of manual updates."

While Bethel Schools had never experienced breaches of that level, they had endured some phishing attacks in the past. But after learning of these events, a breach of that nature seemed to be increasingly possible.

After these targeted attacks hit close to home, Chad decided to run Avanan in Protect mode to block phishing campaigns at Bethel Schools. Scanning content prior to delivery, Protect mode remediates malware and phishing attacks before the user can click to offer the highest level of security. “It's a one-click wonder, where I just click it and it works,” Chad said about Avanan’s easy one-click deployment.

Avanan uses SmartPhish, an AI engine that scans emails and attachments in real time. SmartPhish not only uses over 300 unique indicators of phishing to analyze each email, but also continuously adds hacker methods — like link splitting and text obfuscation — to that list of indicators.

This approach guarantees that the algorithm is updated on the latest threats and can identify variations of those attacks in the future. SmartPhish also baselines historical and real time communication using NLP, making its processing power more specific to Bethel School District — a key feature for Chad.

"The deployment was extremely simple. You just need a user with super-admin credentials, say 'yes' to a couple of boxes, and it’s installed and working."

Using Avanan’s detailed forensics, Chad can investigate attacks quickly, quarantine phishing campaigns affecting multiple inboxes, and block similar threats in the future. “I like the dashboard feature. I like being able to see at a glance where the organization is as far as what threats there are, what threats are found, and which ones are remediated. I like being able to drill down and understand what type of threat it was, what action it took.” 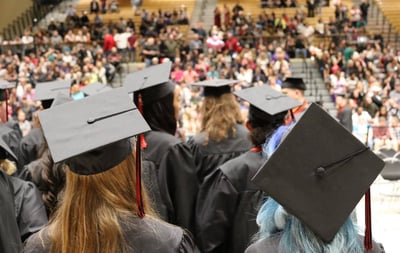 Avanan’s seamless security has furthered Chad’s and Bethel School District’s broader goals: increased productivity, learning, transparency, and less disruption in the classroom. With Avanan, Chad says, teachers are “not receiving phishing emails, which means they don't have to take the time out to forward it to me, or to make a decision on whether they should click or not.”

"The core solution works as designed. Something easy to use with a nice interface."