Avanan is closely interacting with every employee in the organization, blocking malicious emails from reaching to the mailbox. In rare cases Avanan is misclassifying emails as malicious, and for that reason we allow users to request to release these emails. Users can also report an email as suspicious, allowing us to re-examine it and block it, in case we missed it.

The Avanan weekly report to the security administrators now includes a new section, summarizing the reports by the end users. The report includes the number of requests to release emails from quarantine, as well as reports of potentially missed detections, alongside the actions taken by the admins. The report also presents the top reporting users. This information allows security managers to track their team interactions with the users in the organization. 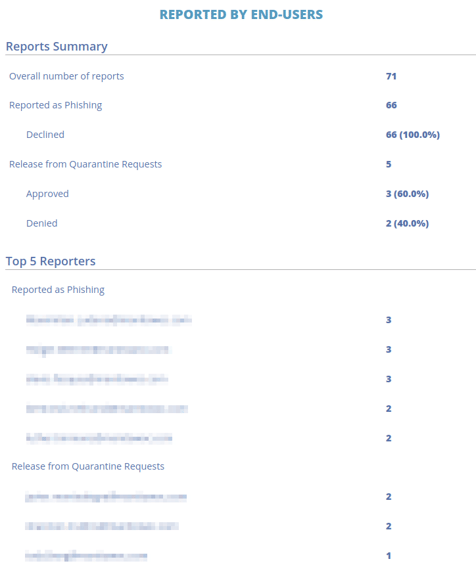 The update to the report is expected starting the next week report, Feb 14th.