To complete the reported phishing operational capabilities, we now introduce a new dedicated screen under the Quarantine menu. The new screen looks and behaves similar to the "release from quarantine" screen - it presents the emails that were reported by the end users, and provides the Admins the options for actions:

The new screen helps to streamline the end-user reported emails review, in a single pane.

It is also possible to send notification to the end-users, letting them know the action that was taken by the administrator - quarantined (real threat was uncovered by the end-user) or ignored. 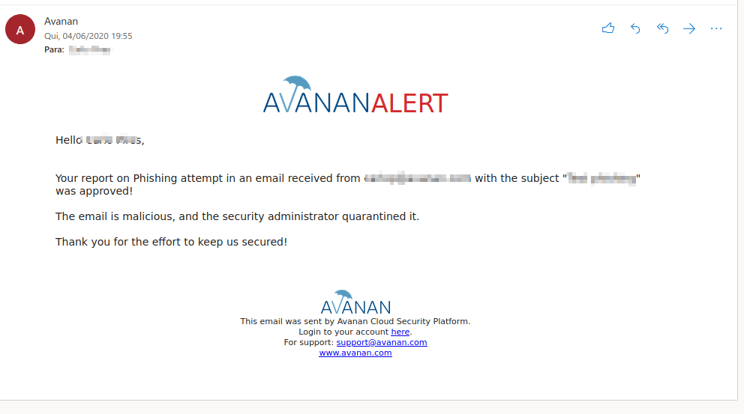 The decision to send feedback to the end user is done using a special flag in SmartPhish configuration dialog.