It is now possible to add exceptions to the 'Mass Sender' anomaly and allow mass emails from specific users.

Mass Sender is an anomaly that detects when a user sends an unusual amount of emails. It may indicate a compromised account.

The new exceptions allow ignoring specific users and sending a large number of emails without triggering the anomaly. 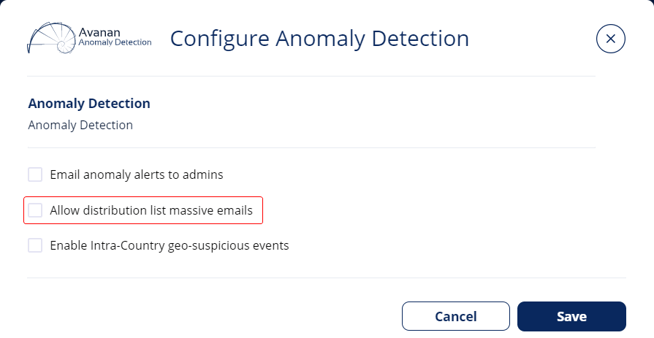